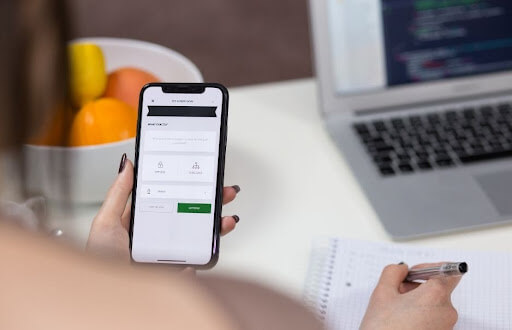 Native apps are undoubtedly the best and most-used form of mobile apps but it’s safe to say that the introduction of hybrid apps has shifted the focus of app developers as well as the app owners towards the latter. The preferences have changed with time and technology, and a hybrid app seems to be a primary choice among entrepreneurs these days. It tends to provide an edge over its counterparts and is often tagged as the best alternative to native apps.

But what is it about hybrid mobile apps that make them so special? Why is it being talked about so much in the developer community? We will find out everything in this blog post where we will share what hybrid apps are, what advantages they offer, and why should you consider them for your next app development project.

What are Hybrid Apps?

Hybrid apps, as the name suggests, are an amalgamation of both native and web app elements. These are generally web apps that are deployed into a native app shell, and combine the best of both. And just like native apps, they can be downloaded from the app store(s). Once downloaded and installed locally, the shell automatically connects to whatever capabilities the platform offers through the browser embedded in the app. The associated plugins run in the background and aren’t visible to the user. Hybrid apps use a mobile WebView object, and when the app is in use, the object displays web content, thanks to the web technologies like HTML, CSS, and JavaScript.

Why a Hybrid App might be a better choice than a Native App?

Now that you know what hybrid apps are, let’s take a look at the advantages they offer which makes them a better option than native apps.

A hybrid app possesses cross-platform functionality, which means it can be developed for multiple platforms or operating systems just using a single code base, unlike native apps that need to be coded separately for different platforms. So, a hybrid app is an ideal option for those who aren’t looking to build two separate apps (for Android and iOS) but rather one single application catering to both.

Because hybrid apps follow a “one code for all” methodology, they take relatively less time to develop than native apps. App developers have to write the code only once and it will work across platforms, which saves a lot of time otherwise you have to build according to a particular OS’ ecosystem. Almost 90% of the code can be shared across platforms when it comes to building hybrid apps. Moreover, developers do not need to be familiar with programming languages like Java, Kotlin, or Swift.

The cost to develop a hybrid app is also comparatively lower than developing a native app. Since developers would be writing only one code, less resources would be required for its development which significantly reduces the cost. It can be built using frameworks like Xamarin and PhoneGap and comes with a comprehensive set of libraries that helps developers to get the job done quickly.

Faster development and low development costs also mean that your hybrid app can be quickly released or marketed to the target audience. This is one of the main demands of app owners. They want the app to be built and released ASAP. Hybrid apps are the one-stop solution in this case if the time allotted for development is less than six months.

When it comes to performance or delivering a great user experience, hybrid apps may not be on par with native apps but aren’t any less even. They are lightweight and thus load quickly, although this primarily depends on the speed of your browser. A hybrid application also makes complete use of the device features (with plugins) such as Camera and GPS and delivers an almost native app-like experience. Even during heavy traffic, hybrid apps run smoothly.

Native apps are bound to deliver a better user experience as they are designed specifically for one platform at a time. The design standards are well-known and designers work on them accordingly. Hybrid apps are platform-independent and have one nice and simple interface. This factor, however, may not be a deal-breaker for everyone.

The performance of your hybrid application also depends on what framework you use. Here’s our guide on the best hybrid app development frameworks.

Hybrid applications are relatively easy to maintain and offer high scalability. A hybrid app doesn’t follow the native approach when it comes to updating an application where users have to do it manually through the app stores (unless auto-update is enabled). Instead, the changes happen on their own and the update takes place as they navigate through the app (provided that the update in question is on a page that is loaded from the server).

Deploying a native app and submitting it to the app store requires some waiting time for validation. This waiting time can also vary depending on what time of the year you are submitting it and whether it is the first submission or an update. It may take somewhere around a day to a week. Hybrid apps prove to be better in this case as developers need not submit the new version every time provided that the modifications haven’t led to a change in the native code.

To put everything altogether once again, here’s why you should opt for hybrid app development-

1. Single code base for multiple platforms.

2. Doesn’t require pushing the app for updates every time and waiting for the approval.

3. Doesn’t require any API development since everything is handled via the web.

5. You don’t need to hire additional developers like a specific Android or iOS app developer

Before you go ahead with hybrid app development, make sure that it tickmarks each and every priority you have set. You may have to compromise at some places, but as we said, if they aren’t any deal breakers for you, you shouldn’t be much bothered. Your requirements should be covered.

Many popular brands like Twitter and Uber have taken the hybrid route, and if they are using it, there’s no reason as to why you shouldn’t. Start harnessing the benefits of a hybrid app as quickly as you can.

For any hybrid app development-related query, please reach to our experts here. 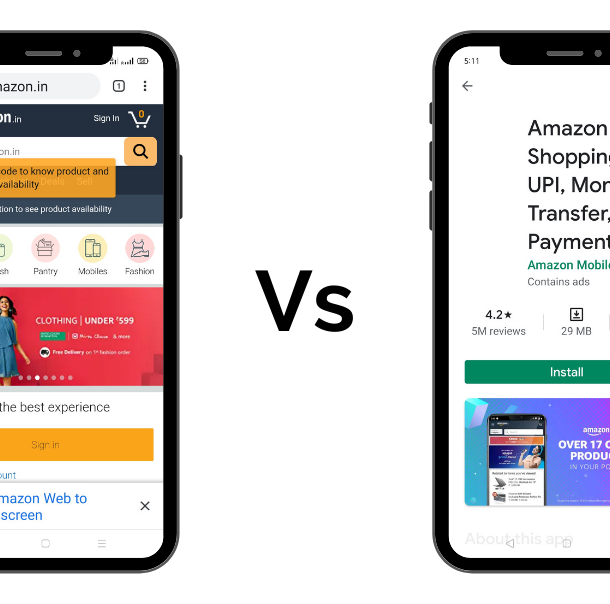 PWA vs Native App: What Should Be Your Pick? 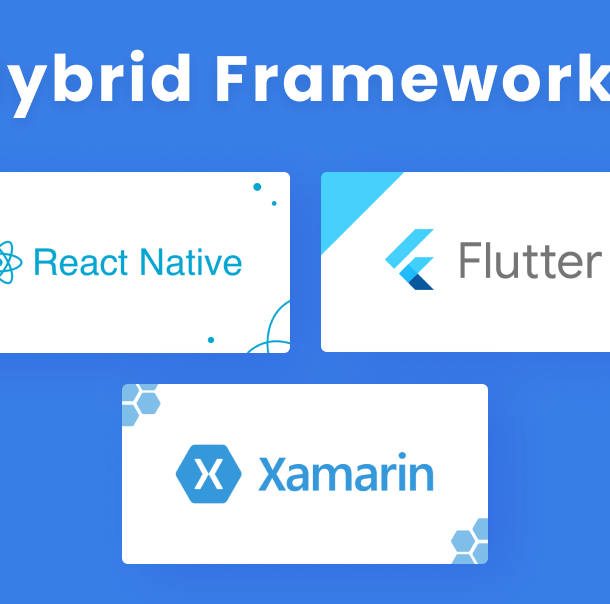 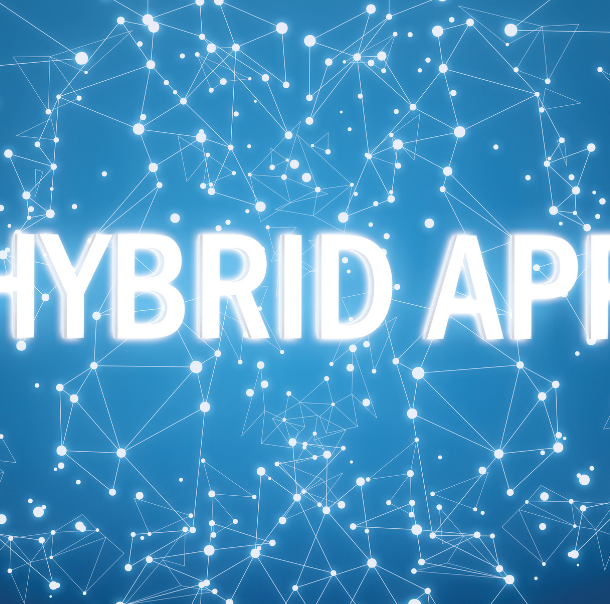 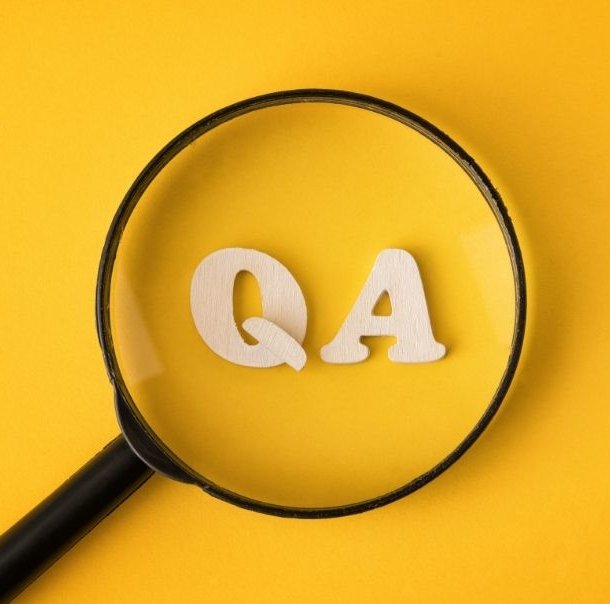 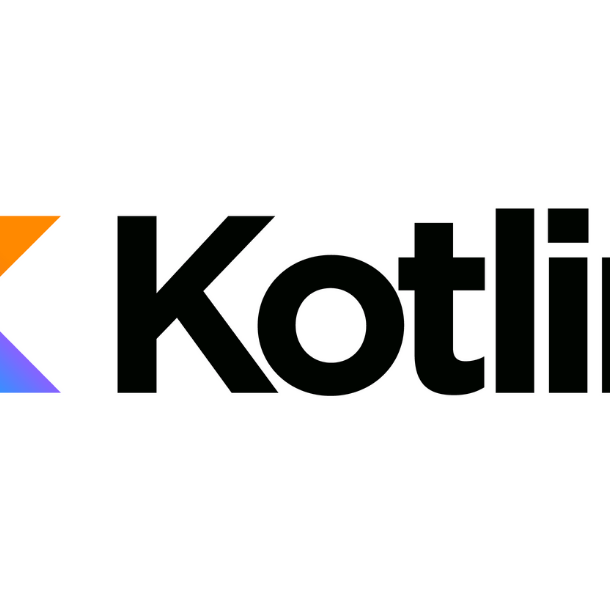 How Does Kotlin Improve The Android App Development Process?
Next Article