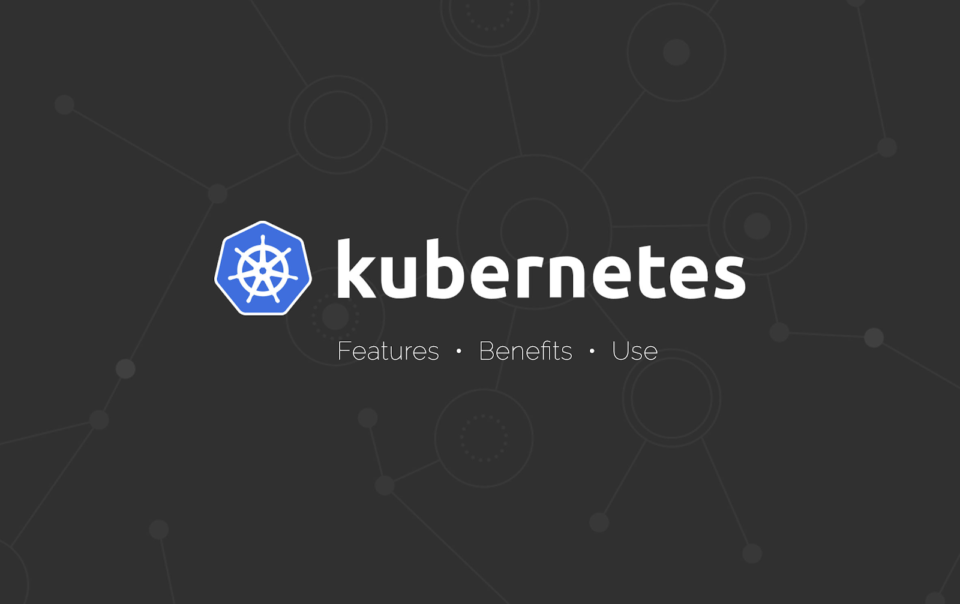 Kubernetes is an open-source container orchestration system that helps automate the deployment, management, and scaling of containerized applications. Alternatively, you can cluster together a group of hosts running Linux containers, and Kubernetes will help you manage them easily and efficiently. It’s an ideal platform to host cloud-native applications that ask for rapid scaling.

Kubernetes is also referred to as K8s or Kube. It was originally developed at Google and released as open-source in 2014. It builds upon 15 years of experience of running production at workloads, merged with best practices and ideas.

Kubernetes is based on the same principles that let Google run billions of containers a week and thus can scale without expanding your operations team. It makes it easier to manage applications and the flexibility that it offers helps you deliver applications effortlessly and consistently irrespective of the complexity of the need.

Although there are many, a few key features of Kubernetes are-

Kubernetes doesn’t roll out changes to your application or its configurations instantly but steadily while at the same time, it keeps track of the application’s health to ensure that it doesn’t kill all your instances. If in case anything goes wrong, Kubernetes rollbacks the changes automatically.

Kubernetes doesn’t require you to alter your application in order to use a service discovery mechanism. It provides Pods with their own set of IP addresses and a specific DNS name for a set of Pods and helps in load balancing across them.

Kubernetes automatically sets up the storage system of your choice to run applications, whether from local storage, a network storage system such as NFS, Gluster, iSCSI, or Cinder, or a public cloud provider such as GCP or AWS.

Kubernetes possesses self-healing capabilities and tends to restart containers that fail, eliminates those that do not provide any response to your user-defined health check and also doesn’t broadcast them to clients until ready to serve. It also tends to replace and reschedule containers when the nodes drop off.

Kubernetes automatically organizes containers on the basis of their resource requirements and other constraints without having to sacrifice availability. It combines the critical and best-effort workloads to boost utilization and save further resources.

Kubernetes lets you update secrets and application configuration without recreating your image and also doesn’t expose secrets in your stack configuration.

Kubernetes is the second-fastest open-source software, after Linux. Here are some advantages that explain how running apps inside Kubernetes becomes easier.

Kubernetes comprises built-in commands that can withstand the heavy lifting that goes into application development, thus allowing you to automate day-to-day operations. It helps ensure that the applications run the way you intend them to run.

Post installing Kubernetes, it manages the compute, networking, and storage on behalf of your workloads. This keeps developers focused on the application, and not concerned about the underlying environment.

3. Maximizes the use of hardware resources

Kubernetes leverages hardware resources that include memory, input and output storage, and network bandwidth. Applications can possess hard and soft limits based on their usage of resources. Apps that employ minimal resources can be packed together on the same hardware.

Package managers such as Python’s Pip and Debian Linux’s APT reduce the load off the users for installing and configuring an application manually. This comes useful at times when the application has various external dependencies.

Helm is a package manager for Kubernetes. It provides a mechanism that defines how an application or service can be run as a group of containers inside Kubernetes.

Due to its portable nature, Kubernetes can host workloads that run on a single cloud as well as the ones that are spread across multiple clouds. Additionally, it can comfortably scale its environment from one cloud to another. Kubernetes offers a set of primitives (known as Federation) to keep several clusters in sync with each other across various regions and clouds.

Besides all these, if we talk about the overall benefits of Kubernetes in a nutshell, Kubernetes provides you with a platform to schedule and run containers on clusters of physical and virtual machines. To be more specific, it assists you to fully implement and rely on a container-based infrastructure in production environments. Adding to this, you can orchestrate containers across multiple hosts.

How does Kubernetes work?

Kubernetes’ architecture uses multiple concepts and abstractions. While some of these are variations on existing notions, others are specific to Kubernetes.

A working Kubernetes deployment is called a cluster which consists of two parts- the control plane and the nodes. These nodes could either be a physical machine or a virtual one. Each node runs pods which consist of one or more containers and each pod embodies a single instance of an application or process running in Kubernetes. Pods hold the user’s attention on the application instead of the containers themselves.

The control plane, on the other hand, is responsible for keeping up the desired state of the cluster, such as what the app is running on, which container images they use, which resources should be made available to them, and more. Kubernetes functions on top of an operating system and works alongside the pods of containers running on the nodes.

The control plane receives commands or instructions from an administrator and passes them onto the nodes, which we also call computing machines. The relay operates with a gamut of services and automatically decides the best-suited node for the task.

The work, in general, encompasses configuring Kubernetes, and defining nodes, pods, and the containers within them. It is up to you where you run Kubernetes. It can work on various kinds of infrastructure so you can take a call on where you want to run them, whether on bare metal servers, virtual machines, private clouds, public clouds, or hybrid cloud environments.

Why is Kubernetes used?

Kubernetes is used to develop applications that can be easily managed and deployed anywhere. It provides you with a wide range of solutions when available as a managed service. Below are a few use cases.

Kubernetes offers assistance in developing cloud-native microservices-based apps. It also provides support to the containerization of existing applications, thus becoming the base for application modernization and letting you create apps faster.

Kubernetes has the ability to automatically adjust the cluster’s size essential to run a service. This helps in scaling your applications automatically, up and down, as per the demand, and run them efficiently.

Kubernetes lets you effortlessly run your applications anywhere you need them. You can run them across on-site deployments and public clouds, as well as hybrid deployments in between.

There’s a common misconception that lies when we talk about Kubernetes vs Docker, and it is whether I should use Kubernetes or Docker? The fact is, you do not have to choose. Both are fundamentally different yet complementary technologies that work together for developing, delivering, and scaling containerized applications.

Docker allows you to store everything you require to run your application in a box that can be opened whenever and wherever required. Kubernetes helps you manage those applications when you start boxing up your applications and is responsible to carry and deliver those boxes to where they are needed.

A few points that will clear things up for you-

In fact, instead of Kubernetes vs Docker, a more appropriate comparison would be between Kubernetes and Docker Swarm. The latter is the orchestration technology of docker that focuses on clustering dockers for containers.

A fundamental difference between Kubernetes and Docker is that the former runs across a cluster while the latter runs on a single node. Kubernetes is comparatively more extensive than Docker and is responsible to efficiently coordinate clusters of nodes at scale in production.

That’s all about Kubernetes. In this write-up, we have highlighted the features of Kubernetes, its benefits, how Kubernetes work, and tried to clear the misconception around Kubernetes and Docker. 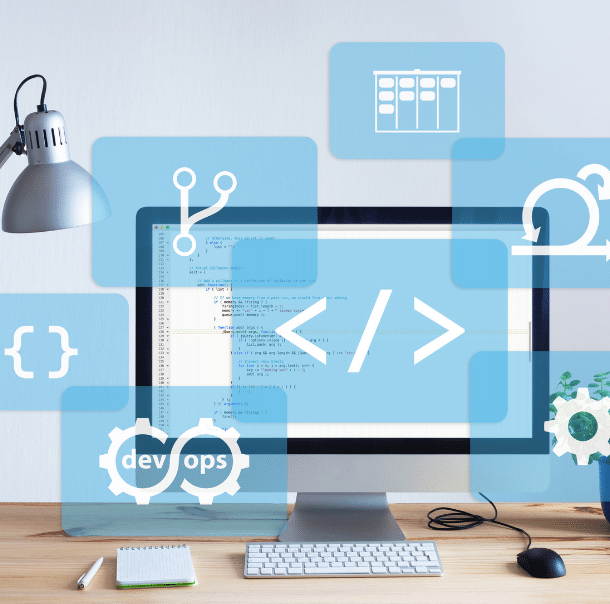 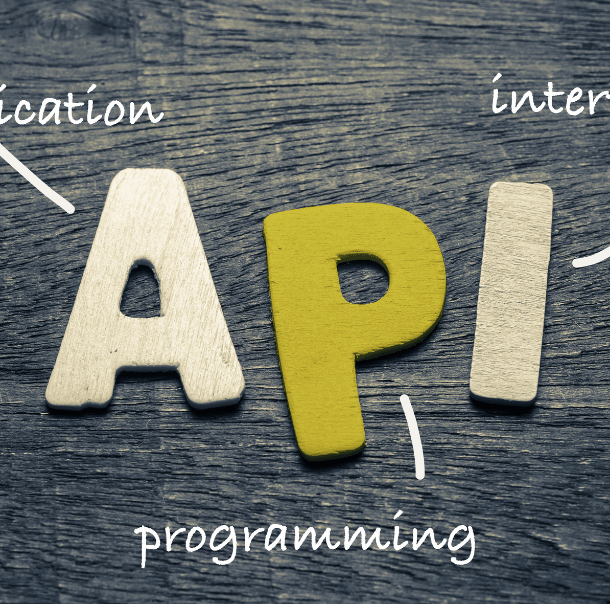 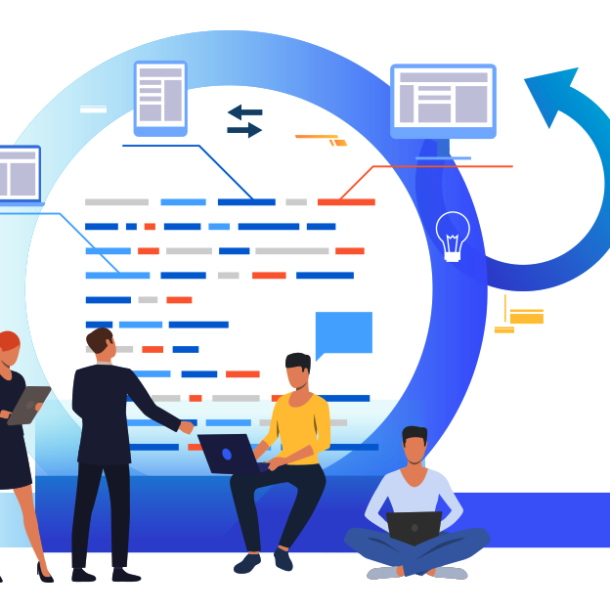 Understanding Containerization and its Benefits 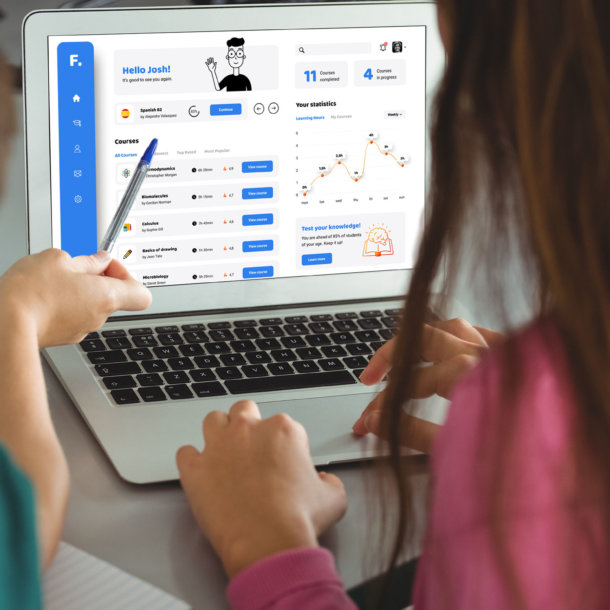 The Benefits of Gamification in Learning
Previous Article 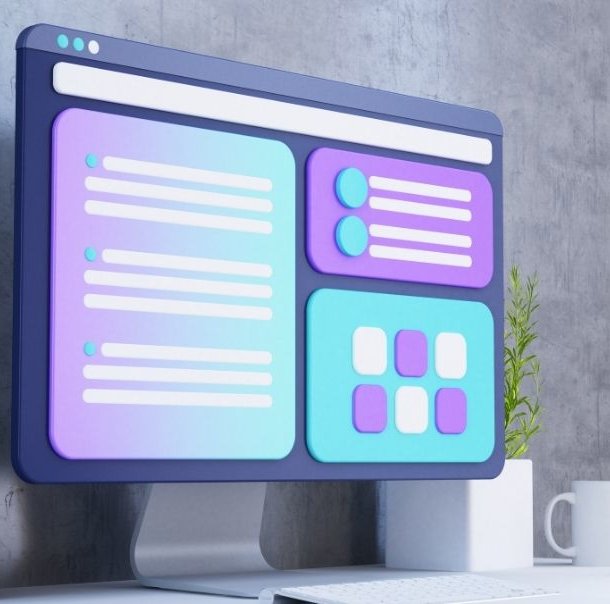 What is UX Testing and Why You Should Invest in it?
Next Article